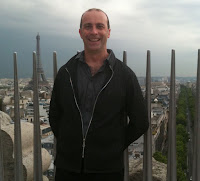 Paris remains my Number One in the world. What I like overall about Paris is that it works. The infrastructure is a dream with world’s best public transport , water, sewerage, and electricity systems. Add to that amazing culture, fantastic streetscapes and mind bogglingly wonderful food. I was shocked to find I can buy an apartment there for less than I can in my own city Melbourne, Australia.
Tourists: buy breakfast at a bakery not your hotel and get lunch supplies at the local marches (markets) for amazing quality and a sense of authenticity. Detracting from Paris is a sense of a rise in racism and a few distressed banlieues (suburbs).
#2 Berlin, despite the economic malaise gripping Germany (particularly in the East) contains an energy, a beauty and fascination that few other cities offer. Combine this with an excellent urban infrastructure (including an amazing public transit system), German efficiency and great art, culture and music. I still chuckle over taking a German friend of mine to a German restaurant and watching him get blown away by the quality of the food.
#3 San Francisco edged up to my number three. While some of the infrastructure is a little clunkier due to the high involvement of private companies to supply it, it generally works well. Culturally a vibrant arts and music scene exists. But tourists:  please never eat at Fisherman’s Wharf
#4 Melbourne, Australia Overlooked by many international tourists, in favour of the more famous Sydney, the city surprises visitors. I had some very good American friends come to visit who were planning to dedicate two days to the city and asked me for my top ten recommendations. I produced a top 40 list in an hour ((email me for my top 40 Melbourne list)
#5 Stockholm, Sweden’s capital is one of the most beautiful cities in the world with good infrastructure and vibe. It is not ranked higher because culturally I find it more subdued and of course its so damned expensive. Tourists: get a hotel that includes a smorgasbord breakfast in the price, and do a canal tour)
#6  Montreal: French chic, food and culture.  True it has one of the biggest collection of white elephants (an airport that was never really used, a leaking Olympic stadium and a metro system not paid for but its one town that knows how to have a damn good party and dresses for it. Apart from those bitter bitter winters, I could live here (Tourists: don’t be put off by winter though; Montreal is one of the most well equipped cities for winter in the world with an amazing underground walking network)
#7 Barcelona: One of my most embarrassing moments in life is telling an architecture professor I met in Barcelona, how ugly I thought Barcelona was after I had been there for six minutes. I got a lecture about the amazing architecture styles that make up the city and my eyes were opened up to the streetscape that is Barcelona  (We ended up dating and we are still good friends so I cant have been too clumsy). Some glitches with infrastructure but a superb transport system and a food and nightlife scene easily puts Barcelona at number seven. Tourists: go everywhere but guard your wallets very carefully. I have never seen more pickpockets than Barcelona 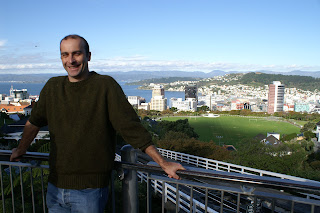 #8 Wellington, New Zealand last year celebrated being awarded the best small capital in the world. Walking the waterfront on a  sunny day will lead you to fall in love with the harbour, hills and houses. Take the cable car up and walk down through the botanic gardens. Here you will be spoilt for choice with the range and quality of food. The rail+ bus system is the best in New Zealand (but has a long way to go to get to world standards). Tourists: go and see the quality local theatre Then sample the bar and nightlife scene!
#9 Portland, Oregon, USA  I have an on going debate with an Oregonian resident  friend of mine who cannot believe that I rate Portland, Oregon so highly. One of the most livable cities in the USA, its not a visually stunning place but it has an incredible vibe fuelled by an edgey arts scene, great music scene,. Superb food and local wine. Tourists: buy a book at Powells,world’s largest bookstore,  find the outdoor market, walk along the river and eat from a food van.  Make sure you do the underground tunnel tour..
#10 Toronto, Canada gets a second look in with Toronto. Many people prefer Vancouver (which I put in 20th place) but for me Toronto works better. Not the prettiest city, it does have some visual gems. For life, however, give me Toronto, eh? Tourists: take a ferry to the islands and walk along them.
Other leading Contenders:
11 Boston, Massachusetts –
12 Chicago, Illinois
13 Newcastle upon Tyne – take a look at this place, you will be surprised
14 Koln (Cologne)
15 Singapore – if you go beyond the tourist haunts and meet some locals, you will find a city that functions brilliantly with thriving arts and amazing food
16 Adelaide – yes Adelaide, underrated by residents, non residents and tourists where else can you go to the beach, go for hike, eat an amazing meal and watch superb entertainment in a day with no stress.
16 Geneva- combines Swiss efficiency, French verve and an international edge
18 Reykjavik- go go go see Iceland’s capital. Tourists: Stay at Room with a View!
19 Seattle, Washington- grunge music and stunning scenery
20 Vancouver, Canada- a superb place undermined by its becoming much pricier
21 Hobart, don’t skip this gem. Grab some affordable seafood by the water, go for a hike
22 San Diego, California, fun
23 Portland, Maine- surprise! Check it out!
24 Brussels- I get rubbished for putting the Belgian capital here but again follow the locals and over a meal of mussel,  fites and beer you will te a glimpse of a fun side to this seemingly serious  city.
25 Bilbao, Spain – most people have never heard of the city let alone visited it- think Guggenheim Museum
26 New York, New York- sacrilege that New York isn’t in my top ten? Yes NY, NY has everything you could want but it is hard work to live in and navigate, its expensive and it is grotty hence my relegation of NYC to number 26!
27 Bern- another surprise?!
28 Christchurch, impacted but not daunted by an earthquake, New Zealand’s second largest city
28 Washington, District of Columbia
30 Budapest
31 Taipei, Taiwan – blown away by this amazing city
31 Rennes, France – where? I think most French will be surprised by how highly I rate Rennes. A brief visit there is not enough. Here s a Chance to discover “real France”
33 Liverpool, England. Dunned a European city of culture a couple of years ago, the city sparkles
34 Prague, Czech Republic – yes there is nice beer -but there is much, much more
35 Sydney- go beyond Sydney’s glistening harbour and you find an expensive city with appalling transportation issues, Sydney is sway better than several thousand cities across the world but it has a lot of work to get into my top 10
36 Krakow, Poland – everyone kept telling me how beautiful Krakow is-and they were right
37 Edinburgh, Scotland -cool place
38 Philadelphia, Pennsylvania and Savannah, Georgia – two very different cities and fun in different ways
40 Perth , Australia and Bristol, England
Summary by Country
Of my top 41 cities (two cities are at Number 40)

Missing Links?
Why no South American cities?: mea cupla. I have never been to South America! I will endeavour to fix this in 2011. 🙂
Worst cities in the world?
Have to included Lagos,Nigeria and Harare, Zimbabwe. Scarily, I also include some US cities at the bottom of the list.

What about you?
Your best and worst city choices?
« Previous Article
Next Article »