Thomas Cook who lived from 1808 to 1892 began his career by running a successful one-day railway excursion for 500 temperance campaigners at a shilling a head from Leicester to Loughborough, a 19km (11 mile journey) on 5 July, 1841. He invented new payment systems for hotels and travel bookings, sold travel goods, organised excursions and ran a small alcohol free hotel in Fleet Street, London before he retired in 1878.

There is a statue dedicated to him, outside Leicester Railway Station in the UK  which was unveiled on 14 January 1994.

His son took over the company and it expanded into hotels, resorts, cruises and airlines with its brand name “Don’t just book it — Thomas Cook it!”

They first organised a tour to Egypt and Palestine in  1869 followed by a 222 day around the world tour in 1872. No doubt Jules Verne would have used their services if he had had time!

Thomas Cook & Son was appointed Official Passenger Agent for the first modern Olympic Games in Athens in 1896. Thomas Cook was a sponsor of the London 2012 Olympics.

They launched their “Cook’s Circular Note“, the traveler cheque precursor in New York in 1874. I am old enough to remember traveling  the world with Thomas Cook travelers cheques, cashing them at their offices across Europe and the USA. (In the 20th Century, I must add. I am not that old!) 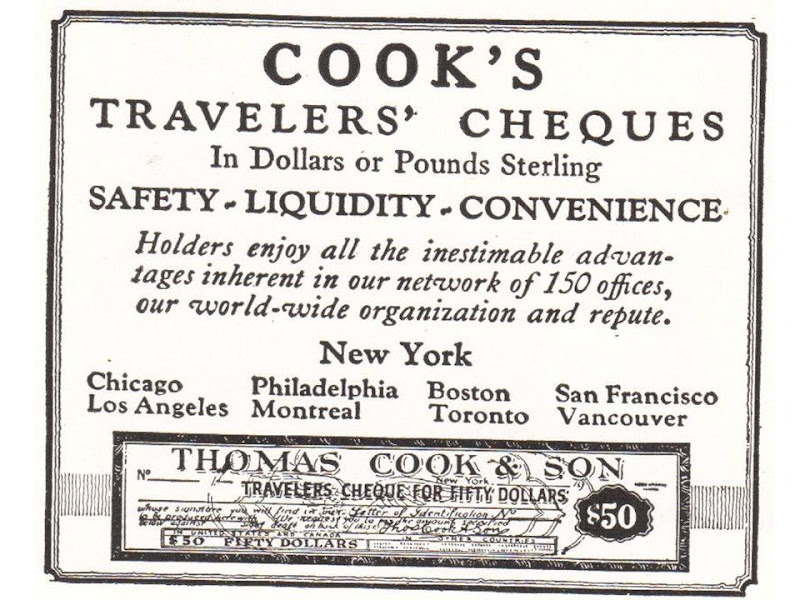 There won’t be any statues for  Thomas Cook this week. The company bearing his name which has operated mass tourism programs operating for almost 178 years, collapsed this week, stranding 600,000 people. They are the latest in a series of travel companies going under in the UK, the most famous being the 2017 Monarch collapse. The company was attempting to cobble together a deal which finally failed on the weekend when it failed to obtain a 200 billion pound lifeline.

NB Thomas COOK India is NOT affected by the collapse as it is separately owned and debt free. They may change their name.

Thomas Cook Group employed approximately 21,000 staff worldwide, with 9,000 in the United Kingdom alone. They owned 117 aeroplanes across the group. The last Thomas Cook flight to depart was MT2643 from Orlando to Manchester operated by Airbus 330 G-MLJL which landed at 833am (local time) on23rd September. Bet there were some relieved passengers on that flight! 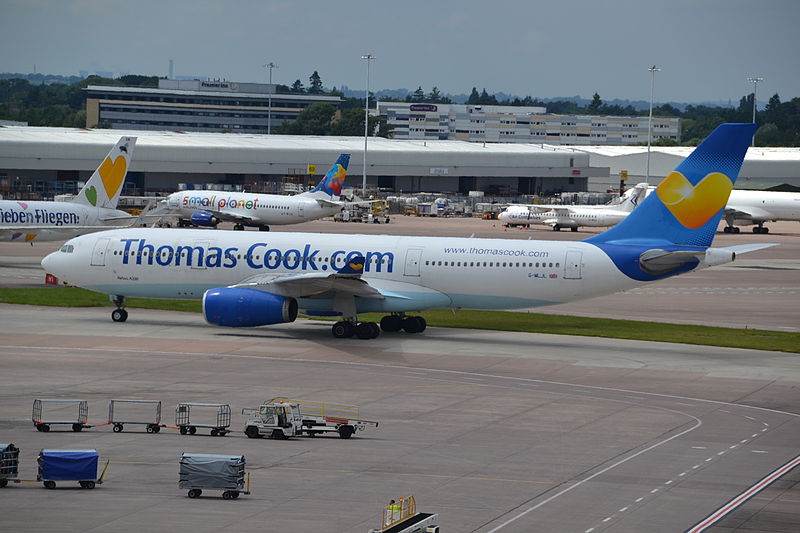 A330 G-MLJL from Wikimedia Commons

Thomas Cook Hotels & Resorts had 200 hotels with eight brands across 47 destinations and 38,000 rooms.

The UK’s Civil Aviation Authority has begun a major task of getting 150,000 British people home. I say this every time a travel company collapses but there must be a better way of ensuring people don’t find their holidays ending up in such a stressful way. More info from CAA here.

Brexit? Falling pound? Recession? Changing tastes? There appear to be as many reasons as passengers stranded. Their problems began in 2007 when Thomas Cook merged with MyTravel, owners of AirTours. The merger has cost Thomas Cook, a billion pounds. ($US1.25b). Combine this with a change in taste from full service package holidays to do it yourself online holiday combinations. 51 percent of 35 to 44 year olds in the UK book their travel online. Thomas Cook’s network of travel agency offices have been serving fewer and fewer people. Percent of people who book their travel online

The folks over at Money Saving Expert have excellent help for people stuck overseas or who have a future booking with the Thomas Cook group.

They also have some useful advice for for Thomas Cook staff who now face an uncertain future.

Condor’s Germany subsidiary Condor has been reassuring customers it is still flying but has slated to receive a rescue loan of €380 million ( $US419 million) from the German federal government and the Hesse state government. The loan needs European Commission approval, before it would be supplied.

The company says the loan is needed in order to avoid “funding bottlenecks” over the  winter season which is usually quieter for the company. Condor is also attempting to separate itself from its parent company Thomas Cook Group so it can be shielded from  any possible financial claims. Frankfurt based, Condor operates scheduled flights across the globe from seven German airports.

Condor was launched in 1955 by Norddeutscher Lloyd, Hamburg America Line,  Deutsche Lufthansa and Deutsche Bundesbahn (German Railways).  It was taken over  by Thomas Cook n 2003. In 2007/2008 Air Berlin had serious discussions with a view to buying Condor with Thomas Cook buying 29.9 percent of Air Berlin. History might have been different for Air Berlin and Thomas Cook if that had happened?

Seems a very sad day that the world’s oldest travel company has collapsed. An icon has gone.