In the film: Up in the Air, George Clooney plays Ryan Bingham, a guy with the goal of earning one million miles with the one airline.

Today, I reached the milestone of one million miles in the air (1.6 million kilometres).  My life does not completely rsemble Clooney’s movie character, however. Unlike him, I actually love being home and I like people.

I now have elite statuses with the following carriers:

I measure my air life at a great flight tracking tool called FlightMemory.  My friend Tony, who passed away two years ago entered almost 500 flights into the Flight Memory system for me  as a Birthday present. RIP Tony. So here is the summary:

You will note, that one million miles represents 40 times around the earth. It is the same distance to the moon and back – twice.

To get to one million miles, I have flown 719 times between 1968 and 2011 on 73 airlines.  One third of my flights have been with Qantas and one tenth with United/Continental.
Some of the airlines I have flown are now:

Most loved airlines are:  Emirates, Virgin America, Air New Zealand and Jetblue
Most hated airlines include:  Ryanair, Delta and United (the irony of having Gold Status with them)

I have been transported to 177 airports in 34 countries on five continents. Interestingly, I have been to 46 countries in total in my life with some places visited by train or bus only. Not surprisingly,  two Australian airports Sydney and Melbourne account for about 40% of all my airports visited. I have been to 54 airports only once.

I have used 48 different types of planes including all of the Airbus and Boeing models, Canadairs, Embraers, DC8, 9, 10, Fokkers and Saabs. I even been on a Zepplin. The only planes not flown are Russian planes eg Tupolovs etc
I love the 777 and A380. I have loved my flights with six exceptions eg having flown through a thunderstorm in a Beechcraft- never again. 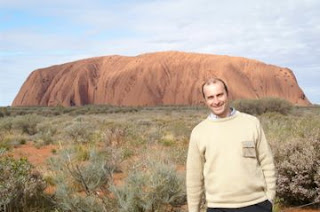 The best part of the travel. Making and staying friends with people who live from the USA to Argentina, from New Zealand to New York, to South Africa Thanks for sharing the journey with me!

Finally, for the last ten years, I have been offsetting my travel buying trees to absorb carbon pollution. Not the best solution but a start. I now offset 110% of my carbon output.

So whats my goal? Another million miles? Not sure yet!