As a very frequent flyer with 752 take offs and 752 landings now, I am particularly keen to keep the number of my landings the same as the number of take offs. Any investigations, therefore, into plane crashes interest me.  Call me morbid or possessing an active self preservation interest? 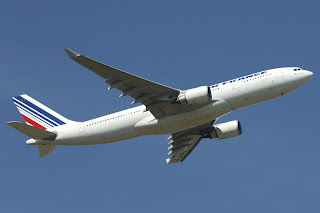 You may remember Air France 447 that was en route from Rio de Janeiro to Paris on 31 May 2009 (exactly two years ago). It plunged into the ocean off the coast of Brazil. After an almost two year search,  the black boxes belonging to the A330 have been found and investigated by France’s Bureau d’Enquetes et d’Analyses (BEA).   I was stunned to read the reports of the situation that led to the deaths of 228 people

Flight Global has the blow by blow final six minutes of the flight. In summary what happened was this: 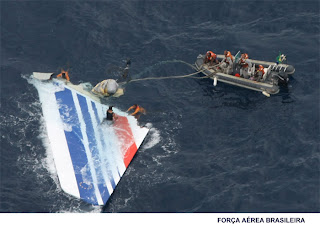 On Air France 447, all  three pilots were all very experienced. Why did they commit such a mistake? And what would stop another experienced crew making the same mistake.

Three helpful links to help reflect on this crash:

Not sure what my conclusions are yet out of this. I imagine the scenario will be repeated a few times in simulators. The question is would other pilots in the same situation repeat the same mistake and stall the craft?
« Previous Article
Next Article »