My friend Tony became very ill and was confined to home. Frustrated out of his mind, because he was unable to work, Tony rested and surfed the internet to satisfy his passion for all things “Boeing”. In fact his slogan was “if its not Boeing I ain’t going“.

Four years ago, Tony rang me up: “got your frequent flyer statements?”
“yes”. I said.
“Good. Bring them round to my place”
“> “Why”.
“>”Don’t ask”.  So round went my frequent flier statements. 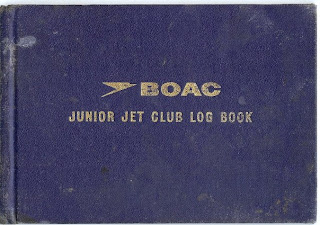 A couple of months later, he rang again, “when you were a kid, did you keep a record of your flights?”. Indeed, I had my BOAC Junior jet club book, which my parents had started with my first flight with BOAC in 1968.

One day when I was at work, Tony sent me a Skype message with one word: “incoming” with an accompanying link to my very own flightmemory.com page. This service is a method of keeping a record of all of a person’s flights. Flightmemory records:

Flightmemory then creates maps of travel. You can order glossy hardcopies of your maps to hang on a wall. This is my latest one:

Tony had typed in several hundreds of these flights. He then maintained my flight memory until the month he died. Thank you my friend.

I have kept it up since. Thats how I can tell you the following: