Brazil, the first country I have been to in South America is the 50th country I have visited.  It also popped into my top ten favourite countries in the world. I loved Brazil!

To misquote Hitchhikers Guide to the Galaxy: “Brazil is big. Really big. You just won’t believe how vastly, hugely, mind-bogglingly big it is. I mean you may think it’s a long walk down the road to the chemist, but that’s just peanuts to Brazil“.

As the fifth largest country in the world, total area is 8,514,877 km2 (3,287,597 sq mi ). For US people that’s almost 13 times the size of Texas. Its about 35 times the size of the UK. For Europeans its five tomes larger than France, Germany, Spain, Portugal, Belgium and Holland combined. It is 10% bigger than Australia.

Its population is 190 million which makes it the fifth most populous in the world.

I found Brazilian people to be warm and fun. The stereotypes I had of Brazilians actually proved to be true. They are loud. They are very much into touching each other when they talk. And they seem to live music and dance. I came across a group of teen boys in the Park publicly comparing their salsa moves -keen to impress women. In a shopping mall, a group of people,spontaneously started dancing to a song that came over the PA system. In car park, a group of guys were admiring each others car – sound systems and dancing away as they compared woofers and bass

People inside and outside of Brazil waned me about the crime. Having been to El Salvador, India and Baltimore, I was not too phased. Brazil has a high crime rate- much higher then I am used to in Australia, although in slightly higher than that of much of the USA. I handled Brazil in the same way as other places:

It must have worked because people kept asking me for directions! So much for trying to be inconspicuous!

Prices in Brazil were much higher than I expected. In a country where a lot of the population earns a dollar a day and the average middle class half that earned by their counterparts in the USA, I found prices surprising. The ATMs at the airports charged the highest ATM fees I have ever paid anywhere in the world! I had a lot of difficulty getting cash out of Brazilian atms. Some ATMs were not equipped for international cards despite displaying the Visa and or MasterCard logos. Some would not accept a card with a chip. Banco d Brasil was consistently the one that I could get cash from. Public transit costs in Brazil were only just a little less than Australia or USA with taxis abut the same pricing. Clothes were cheaper. Accommodation in the cities was very close to international prices (although what you got for the money in Brazil seemed greater). Meals were about half what I would pay in Australia in urban restaurants and dead cheap in rural areas including all you can eat banquets for $5?. The food was amazing- lots of fresh fruit, vegetables. They are very high meat consumers and some friends commented they struggled to be vegetarian. 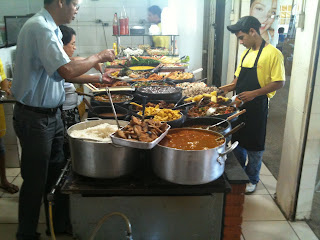 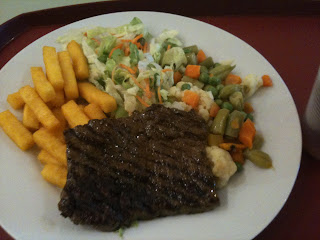