I have been flying too much! Another milestone with my 200th flight in a Boeing 737. I have flown 737s more than any other type of aeroplane. (767- 106 times, 747 – 93 times)
From Iceland in the North to New Zealand in the South and East to Honolulu in the West, I have flown to or from 84 airports in 737s operated by 23 airlines. around the world, although over half of the flights were a single carrier Qantas (see airline list below)

I think of the 737 as a reliable functional car but not terribly exciting. I don’t overly like them. 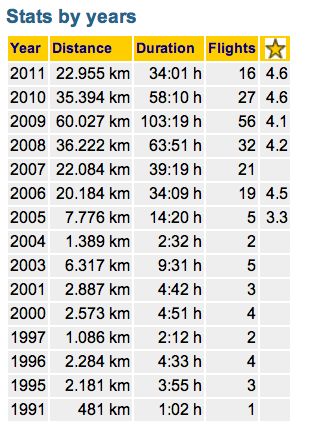 The 737 is a short- to medium-range, twin-engine narrow-body jet airliner. They can carry between 85 and 215 people.
According to Wikipeda, the 737 series is the best-selling jet airliner in the history of aviation with an  average of 1,250 of them airborne at any given time, with two departing or landing somewhere every five seconds!
No wonder its my most commonly flown plane!
Boeing recently announced that they would raise 737 production to 42 a month.
Another factoid is that I have flown 99 of the 200 737 flights in 2009, 2010 and 2011. 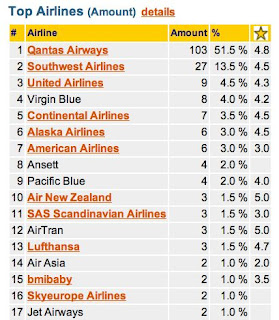 Below are maps of the places I have flown the 737: