Theres a very strange website around which called people to “Stay away from Seattle“.

Apparently September 16 is “Stay Away from Seattle Day. It is meant to  “give ‘America’s Best Place to Live’ city a break from the influx of people moving to the area.“

Tourists bring 5.5 billion dollars into Seattle every year but not everyone wants them it seems – at least one day a year.

There have been a few places in the world that I have been to where I have wondered if people actually want tourists. I have never been made to feel really unwelcome but I have wondered.
Many people say Paris is famous for not wanting tourists. My experience has been the opposite. However, I do get the sense that some Parisians get tired of sharing their marvellous city with gawking rude tourists who make no effort to really get into the la vie de Paris.


Have you ever felt unwelcome in a city? 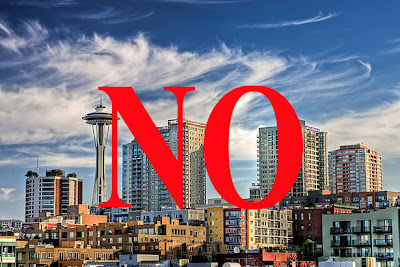 In the meantime, Happy Keep Away from Seattle Day!