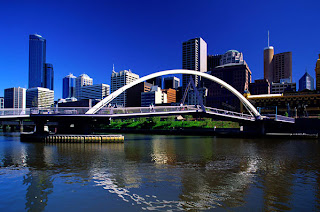 Melbourne, Australia is very excited that it scored 97.5 out of 100 in the Economist’s annual most liveable cites survey knocking Vancouver out of top place.

The Economist designs the rankings for  employers to use when assigning hardship allowances as part of job relocation but they have developed a life of their own with the rankings capturing the attention of people in the street and politicians.

The indexes also ignore other issues like the cost of living in those cities, sustainability, and equity and other factors. For example housing costs in Melbourne are now some of the highest in the world when then Australian dollar’s strength is accounted for.

Having said that I agree with the Economist’s ranking of Melbourne. It is for me the most livable city in the world taking into account its Cultural aspects, Safety, Public Transport and aesthetically pleasing street layout, buildings, parks, river and bay. I have listed my top ten cities below.

Where would you most think would be a great city to live in?