US Airways is not one of my favourite airlines. In fact, they rate in my bottom ten airlines based on my experiences of their service over eight years. I have given them an overall 2.9 out of 5 after a decade of flying them. My experience is that every time I fly them they have got worse. A client of mine, booked me on US Airways from Houston to Richmond via Charlotte to get to an important meeting. This gave me a good chance to test them.

Booking: 7/10
Upon receiving my booking confirmation, I logged onto to US Airways.com to find my seats. The US airways site is clear, straightforward and works generally very well. With that, I was impressed. There were some times, however when the pages took a long time to load  or would not load at all. It was not due to my internet connection. The seating chart for the Houston to Charlotte leg would not load. Instead, I kept getting a message saying “your session is about to time out would you like more time?” and then I was logged out.

It took 24 hours of trying before the seating chart finally loaded. When it did, the entire flight was almost full. There were only three empty seats: 7A and 10A and 23E. The US airways site offered to sell 7A and 10A to me for an extra $20. I was puzzled. Why would those seats be better than other?

To find out, I looked at seatguru.com and found out that Seat 10A does not recline and is misaligned with the window if you want too look out, you have to lean. You will note in the image here that Seat guru have give it a red flag! As I love looking out the window, that seat was no good. 7A (marked with an amber warning) has no window at all! I would give it a red flag. No wonder they were empty. Who would pay $20 extra for that? Anyone have any advice?

Check in: 5/10 Online check in was easy. Again, well done US Airways for such a great website.

On the day of travel, I started the trek out to out to Houston International airport to catch my first flight to Charlotte which was due to leave at 540pm. US Airways emailed me to advise that my plane was delayed by two hours and two minutes. I knew immediately that I would miss my connection from Charlotte to Richmond. I logged onto the internet with my phone and found there were no alternative flights. Armed with this information, I rang US airways.

First up, the automated voice system. Yuck. I don’t care what they are called: Cindy, Anne, Jennie, or Gene someone needs to tell the airlines in the US to program their automatic answering systems for my Australian accent. I have a very clear speaking voice but my vowel sounds tend to foul things up. 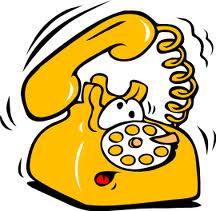 I  then pushed “0” repeatedly to get onto an operator. After 12 minutes I got Barry: “Welcome to US airways, how can I help you?
Me: my flight has been delayed and I won’t make my connection
Barry: I am sorry for the inconvenience let me see how I can help you
After giving him the booking reference number…
Barry:   Ah sir, I regret to inform you that your first flight is severely delayed, You wont make your connection. [I think I said that] Let me see what I can do. (Minutes later) Sir there are no other flights tonight. [well I had the correct information so far]
Me: Could you check other airlines please.
Barry: Sir there are no flights tonight. Do you have any flexibility?
Me: No not a lot I have an important meeting at 830am tomorrow morning in Richmond.
Barry: Ah I see it. Let me look. Here we are. I have a flight leaving Houston tomorrow that would get you to Richmond at 240pm
Me: I have a meeting at 830 in Richmond I have to be at
Barry: I don’t have any fights that will get you to Richmond by 830am from Houston but if you are  prepared to drive to San Antonio you could take one at 747pm.
Me: Do you realise how far San Antonio is from Houston?
Barry: Ah sir its 193 miles [310km]. You won’t make that flight. [You think??]
Me: How about I fly to Charlotte tonight on my current flight and then overnight there and then take the first flight to Richmond
Barry: Ah sir, Are you happy to overnight in Richmond?
Me: No not really….. 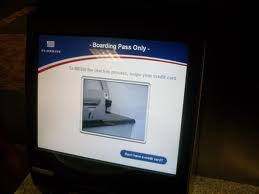 At Houston airport, I used the USAirways check in machine to print my boarding pass. It was very straightforward.

There was long line of passengers waiting to talk to the human check in staff. As I started the automated check in process,  another passenger called out to me from the line: “are you in the flight to Charlotte?”
I said that I was.
He said “its delayed“. I thanked him and said “Yes I know”. He said: “the machine won’t work. You will need to join the line.”
I said: “Let me have a try first”

He shook his head and said: “I am telling you it won’t check you in”

Barry from Reservations had, worked some magic as my flight immediately loaded for check in. The plane was now showing half empty. The coveted exit row seats were available. This time there was no charge for 11F by the window in the exit row. My Boarding pass popped out..all in seconds.

Security had a very short line so I was through in minutes.

I had brought snacks with me. Which was just as well. Food options in Houston International terminal C are very limited. There was a very busy McDonalds a Starbucks, a yoghurt shop , a pizza chain and a Chinese take out. Not many light or healthy options. Oh for the Australian options like Healthy Choice or Sumo Salad!

I reached the Gate and when boarding time approached, an announcement was made that went like this:  “Ladies and gentleman we are ready to board flight to Charlotte. Because of the delay we are boarding all zones, all rows.” There was an immediate stampede. I don’t understand that logic. Why dispense with the normal boarding process when a plane has been delayed?  A passenger who has paid extra for ”First Class’ or a special seat would probably feel a little miffed to be left to last?

Boarding, however, was quick. I think people wanted to go . Business class was full, the middle was two thirds full and the rear was almost empty.

We moved to the runway. Safety briefing was rushed -particularly with the information regarding the exit rows. We were all aware of storm activity in the Houston area and I was curious to see how rough a takeoff we would have.

Take off was very fast. He really gunned us out of there. As we climbed off the runway we immediately started shuddering through heavy wind gusts, soon we were executing a 90 degree turn as we bounced up and own. We climbed gently from there steadily bouncing all the way up. There were no announcements from the crew or the captain about the turbulence. I like the way Qantas regularly make announcements prior to this happening. For any nervous passenger, I think they like to know the bouncing is expected and normal.

Twenty minutes after takeoff,  the cabin crew advised us that the captain had requested crew remain in their seats because of navigating round weather. It wasn’t long before the seat belt sign went off and we had smooth flight for the rest of the shift.

US Airways service was a free drink in a plastic cup. Coke products. No snacks. This was in addition to a plane with no entertainment or wifi.

The Flight Attendant announced that US Airways would like to have us all 30, 000 miles. My ears pricked up. This was a very generous compensation for the delay. She continued “all you have to do is sign up for the us airways credit card“. She then walked through the cabin brandishing application forms. At the rear of the plane she made another announcement:” Congratulations to those five lucky people who have taken a form, there is still time to take one.” And up she came again still brandishing application forms. I commented to another passenger:  “Talk abut hard sell!”. He told me that they get $75 for each card application! She must have been saving for something!

The rest of the flight was uneventful. I found all staff to be very friendly which was in contrast to my past USAir experiences. This is despite industrial action currently taking place between USAir pilots and the airline.

My ratings:
3 out of 5 – My average rating for all US Airways flights is 2.9 over eight years-so its about their usual standard.

Positives:  Friendly crew, the communication re cancelled flights, the good website, ease of check in

Negatives: Lack of on board entertainment, lack of on board communication, sloppy boarding, poor safety announcements, lack of any catering on an evening flight, mediocre phone service (fancy suggesting I drive almost 200 miles for a substitute flight?)

Would I fly them again? I am actually booked with them in March, 2012. Stand by for a future review!