Plane crashes are so rare these days, despite the huge volume of air traffic. Safety, systems, pilot training and modern aircraft have made air travel safer and safer. So the news of a tragedy is something that is surprising, gripping and terrifying. At 844 in the morning of Sunday March 10th, a Boeing 737 MAX 8 registered as ET-AVJ, vanished from radar screens just six minutes from its departure from Addis Ababa, Ethiopia on a flight to Nairobi, Kenya. The plane was operated by Ethiopian Airlines as ET302.

Media in Ethiopia said 157 people died:  149 passengers and eight crew members from 35 countries were onboard. Those who have perished  include the family of a member of the Slovakian parliament, staff members from the World Food Programme, four Italian aid workers, UN staff, three Austrian doctors, the Secretary General of the Kenyan Football Federation (FKF) and the protocol officer for the Somalian prime minister. The list of victims can be found here.

In a press conference, the CEO of Ethiopian Airlines announced that the pilot reported difficulties with the aircraft to Air Traffic Control and was given clearance to return to the airport.

Ethiopia’s House of People’s Representatives has declared Monday a national day of mourning for the victims of the crash. The Prime Minister of Ethiopia Abiy Ahmed has visited the crash site along with Tewolde Gebremariam, the CEO of the airline.

More concerning is that in October, 2018, the same model of plane being operated by Indonesian budget carrier Lion Air as flight 610 crashed into the Java Sea, moments after take off from Jakarta. All 189 people died.
In both cases, these brand-new planes failed minutes after takeoff and plunged into a deadly descent, leaving no survivors. There are reports of erratic speed and climb in both cases.

The 737 MAX took to the air with its first test flight on 29 January, 2016, almost 49 years after the first flight of the 737 type. It is the latest variation of one of the most successful plane types ever developed (although, I am not a fan of the 737). This new 737 type is the most fuel efficient and technically advanced of the series and was designed to directly compete with Airbus A320neo. The 737 MAX began commercial service on 22 May 2017 with Malindo Air. So far, 350 737 MAX have been delivered and Boeing have a total of 5,111 orders for the model.
The 737 MAX have a fascinating engine design. The back of the engines look like they have been cut around with a “zig-zagging” outline. The 787 has a similar style engine but no other 737 model does. This might help you spot one in the future! 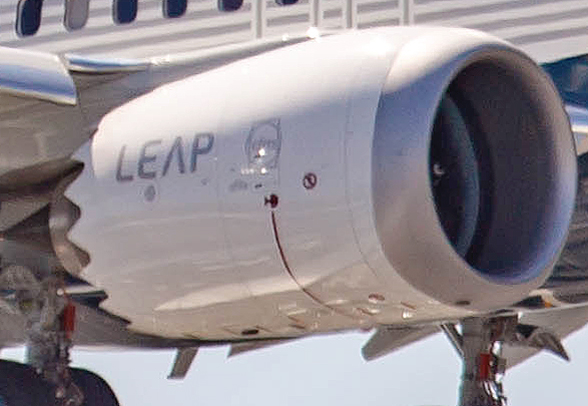 I am not a pilot nor am I an air safety expert but I am concerned that we have had two fatal crashes now of an almost brand new plane. This does not feel normal in my books. Two out of 350 planes delivered is a not an insignificant percentage. Compare this to zero fatalities with the Airbus 350 and Boeing 787 (despite some well publicised initial 787 problems).

As someone fascinated with all things aviation, it brings back memories of the de Havilland DH 106 Comet,  the world’s first commercial jet airliner which debuted in 1952. Within a year of entering airline service, three Comets literally broke up in-flight. I am not for one second suggesting that this new type is doomed but it is a concerning pattern for the 737 MAX.

As a result, I won’t fly the 737 MAX  until we have some answers from both the Lion crash last year and the Ethiopian crash this weekend.  I will continue to fly the other 737 models. They have proved their reliability and safety time and time again. I have flown 737s 413 times now with 33 airlines for a distance of almost half a million kilometres.

No airline or safety authority have said that the 737 MAX fleet will be grounded but many airlines are reportedly allowing passengers to swap flights if they have serious fears about flying on the 737 MAX.  So if you feel the same and you find that your next flight is likely to be on a 737 MAX, call your carrier. (Not sure how helpful Ryanair will be. They are notorious for their inflexibility!).  Usually airlines identify the 737 MAX with the word MAX or the letter “M” at the end of the aircraft code. eg 737M or 737MAX.  The 737 Max plane is currently flying with the following carriers:

My thoughts to the families and friends of those who have perished in this most recent crash. May they receive comfort, peace and answers.